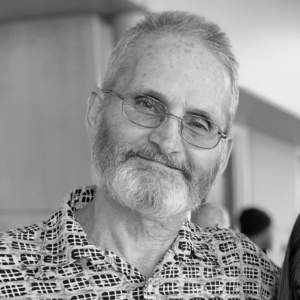 In October 1991, in Hawkins Bar, a rural community in Trinity County, Gary “Hop” Summar, was brutally stabbed to death by an assailant who thought he was avenging the molestation of his girlfriend’s four-year-old daughter. Police erroneously believed the killing to have been the act of a vigilante mob which they believed included Bob Fenenbock, a 38-year-old Army veteran who owned a mining claim and operated a wood-cutting business in the countryside surrounding Hawkins Bar.

On September 30, 1991, stories began to spread around the Hawkins Bar campground that Summar had molested a four-year old girl, the daughter of his roommate’s girlfriend. In the wake of these stories, Summar’s roommate Bernard “Bird” MacCarlie, his girlfriend, and her three children moved out of their trailer they shared with Summar and into the Hawkins Bar campground. A number of people including various drifters, began to have discussions about what to do because law enforcement was not taking action against Summar.

On October 2, 1991, police heard that Summar was in danger, but were unable to find him. That night, police arrested MacCarlie on different charges, while he was in a white Ranchero with his girlfriend’s nine-year-old son in the truck bed. Police learned that MacCarlie had dropped off Fenenbock at his house earlier that night in the same white Ranchero. Three days later, a family looking for firewood found Summar’s partially buried body. The autopsy reported that he had been stabbed over 70 times. Law enforcement found MacCarlie’s knife at the scene, covered in blood.

After Summar’s body was found, police questioned the nine-year-old boy, who told them nothing had happened on the drive in the Ranchero to take Fenenbock home and he had not seen anything happen to Summar. But police, who believed a mob had conspired to kill Summar, took the child to the crime scene, showed him blood and drag marks, told him that Summar had been stabbed and was dead, pointed to the area where his body was found, and told him they believed it had happened during his ride in the white Ranchero. They then asked the child to “play detective” and tell them what he thought happened based on what he had learned, whereupon he provided a story implicating MacCarlie, Fenenbock, and two other men—while also reminding them six times that he was making it all up.

After obtaining this “evidence,” and the statements of some of the drifters regarding conversations in the campground, police arrested and charged nine people – six men and three women – for the murder of Summar, including Fenenbock.

Fenenbock was tried first, convicted of murder, and sentenced to 26 years to life in prison based primarily on testimony of the nine-year-old boy. By the time of trial, the boy— after coaching by a therapist—had begun testifying to the story that was previously made up as if it were fact.

Shortly after Fenenbock’s conviction, however, MacCarlie admitted to stabbing the victim alone. He explained that he had been molested as a child and snapped when he heard that Summar had molested the young child living with them. He testified that he drove Summar in a red truck, not the white Ranchero, and he beat and stabbed Summar during an out-of-body experience. The physical evidence, including blood found throughout the red truck and tire tracks that matched the red truck, was consistent with MacCarlie’s testimony and inconsistent with the testimony of the nine-year-old.  MacCarlie was convicted and sentenced to life in prison.

The other defendants were not convicted of murder. One co-defendant whose case matched Fenenbock’s in almost every way except that he was tried with MacCarlie and thus the jury heard MacCarlie’s confession, was acquitted of all charges.

Fenenbock, however, sat in prison because MacCarlie’s confession had not been heard at his trial, and was considered “post-conviction evidence,” which, at the time, had to point “unerringly” to innocence to be successful. The California Supreme Court, without explanation, found MacCarlie’s confession insufficient by that standard. Fenenbock’s attorney Jolie Lipsig tried to litigate the evidence of his innocence in federal court as well, but federal law is unsettled and unclear about a convicted person’s constitutional right to present evidence of their innocence after conviction

For 27 years, Fenenbock remained incarcerated until he learned about the California law NCIP had helped enact that went into effect January 1, 2017: that newly discovered evidence can be presented if it “more likely than not” would have changed the outcome of the trial. He called Lipsig and begged her to help him write another writ to the Superior Court, which he filed in August of 2017. The Court issued an order to show cause and appointed a lawyer for Fenenbock. The system almost failed Fenenbock again when the appointed attorney refused to act, but this time, the Court intervened, and sent Fenenbock an application form to enlist the help of NCIP. Lipsig also called NCIP and relayed her belief in Fenenbock’s innocence.

In October of 2018, NCIP accepted the case and began representing Fenenbock.

NCIP, with pro bono partner Morrison and Foerster, re-investigated the case, filed multiple briefs, presented witnesses at an evidentiary hearing, and argued the new evidence —especially MacCarlie’s confession—more likely than not would have changed the outcome of Fenenbock’s original trial, as it did for his co-defendants.