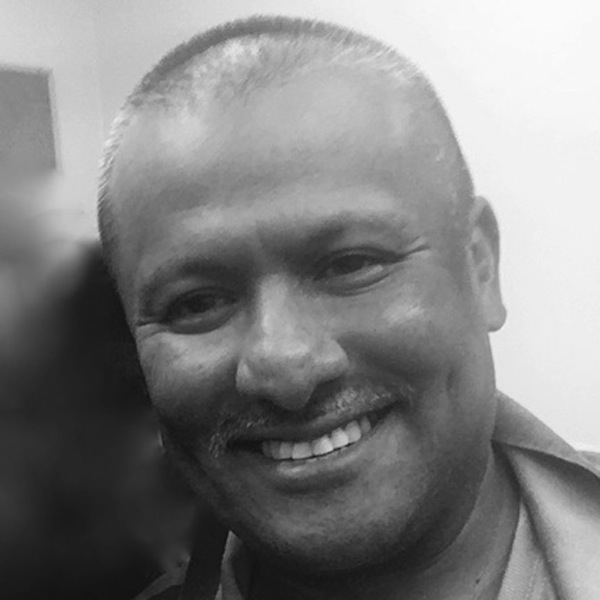 Domingo Anaya Bustos, a resident of Modesto, California, and Michoacan, Mexico, was freed after serving over 21 years in prison for a murder he did not commit. With help from lawyers at NCIP and Keker, Van Nest & Peters, Bustos was re-sentenced to time-served and will return to Mexico to be with his family, especially his grandmother, who visited him from Mexico every two years during his 21 years behind bars. Bustos pled no contest to manslaughter in a killing to which someone else confessed. Bustos always maintained his innocence and did so even during the plea. It is a murder for which he likely would not have been charged, if all the evidence had been available from the start.

Bustos’ story shows that sometimes justice is imperfect. That is true even when all the parties—the District Attorney’s office, NCIP and Keker, the guilty and the wrongly accused—seem to be seeking true justice. From the moment evidence pointing to Bustos’ innocence emerged, the trial prosecutor tried, more than once, to bring it to the court’s attention. In reviewing Bustos’ case, the Stanislaus County District Attorney’s Office worked hard to make sure all pertinent exculpatory facts were fairly considered, and agreed to amend Bustos’ conviction in a way that facilitated his release in exchange for the plea. This is the reason why Bustos pled no contest to a crime he didn’t commit. He considers it the price for his freedom. “Whatever days God has left for my grandmother, I want to spend them with her.”

In 1996 in Modesto, four men were in a car when the front passenger turned around and shot and killed the passenger in the seat directly behind him. The other back seat passenger, the victim’s brother-in-law, went to the police. He described the killer, whom he did not know, as a light-skinned, 40-something man weighing about 180 pounds. He also gave the name of the driver, Jose Luis Zepeda. The police, investigating the driver, homed in on his cousin with a drug possession on his record—Bustos— as their primary suspect for the shooter.

In a photo lineup, the brother-in-law did not identify Bustos—at first. But, then police showed him a photo of Bustos a second time. Recognizing that was the only person police had shown him twice, the brother-in-law identified Bustos as the shooter. However, Bustos was 25 (not 40-something). At the time he weighed 140 pounds (not 180) and is dark-skinned. Nonetheless, they went to trial, twice.

Two trials and a snitch

The first trial ended in a hung jury, with 8 jurors voting to acquit. Bustos was retried. At the second trial, the prosecutor had a new witness: a serial jailhouse informant, who testified that Bustos confessed to him.

In return for his testimony, the informant, who was facing a life sentence of his own, was set free with all charges dropped. In the informant’s first taped statement to police, he claimed he had no knowledge as to how the murder was committed. However, through follow-up interviews by law enforcement, he was provided key information about the crime during their questioning of him. He used that information in his testimony to provide details consistent with the shooting, which the prosecutor claimed was evidence of the informant’s reliability. The defense also had new evidence: a newly acquired taped statement from the driver, who identified the killer as his longtime friend, Angel. However, the taped statement was not admitted because it was considered “hearsay” and the driver couldn’t be called to testify in person because he had fled to Mexico. At the second trial’s conclusion, Bustos was convicted of murder and sentenced to 29 years to life in prison. Years later, the District Attorney discovered the informant’s taped statement, and realized it was vital defense information that never emerged at trial and that the jury never heard. His sharing of it opened the door for Bustos’ first habeas petition. But Bustos, who speaks Spanish and has a grade school education, had no attorney to help at that time, and the court denied his attempts to challenge his conviction on his own. Then, in 2015, there was a breakthrough in the case when Angel, the actual perpetrator agreed to talk to NCIP. Investigator Grant Fine traveled to Mexico and interviewed Angel, who confessed to the murder in a signed declaration and on video, describing in detail how he shot the victim. Bustos returned to court, this time with help from attorneys at NCIP and Keker. He also had a confession from Angel and evidence that Zepeda, the undisputed driver, had named Angel as the real shooter 21 years ago.

Despite the District Attorney’s cooperation in searching for the truth, Bustos did not have a slam-dunk case. The key exculpatory witnesses were in Mexico and unreachable. Also, a doctor testified at both trials that he was treating Bustos in Mexico on the day of the murder. This was a lie, a desperate attempt by Bustos’ family to prove his innocence. And so, Bustos faced charges of committing perjury by testifying he saw the doctor who testified on his behalf.

Still, the Stanislaus County District Attorney recognized there was sufficient doubt to relieve Bustos of his life sentence and agreed he could be resentenced to time-served with an Alford plea of no contest to manslaughter with a gun—meaning Bustos could maintain his innocence during the plea—and a guilty plea to two counts of perjury. While not the full exoneration Bustos deserves as an innocent man, it was the only way to guarantee his freedom. “This is a case with incredibly weak evidence, and very strong evidence that someone else did it,” said Bustos’ lawyer at NCIP, Paige Kaneb. “It really speaks to the importance of getting it right the first time, because once you are convicted of a crime, the burdens all shift.”