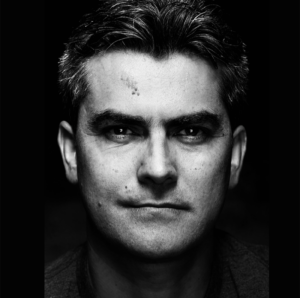 In 1992, Francisco “Franky” Carrillo, Jr. was convicted of murder and six counts of attempted murder for a shooting that occurred on January 18, 1991. On that day, six teenage boys were standing on a curb talking in front of a house in the Los Angeles suburb of Lynwood. Donald Sarpy, the father of one of the boys, stepped onto the driveway to call his son inside when a car drove by and two shots were fired, killing Sarpy.

Before the second trial, the witness who initially identified Carrillo as the shooter recanted. Despite this recantation, the prosecution proceeded in the second trial with eyewitness testimony from the remaining witnesses, and the second jury convicted Carrillo of murder and six counts of attempted murder. Eventually, all of the eyewitnesses recanted their identification at a hearing on a motion for a new trial filed by NCIP.

The initial witness who identified Carrillo testified that police pointed out Carrillo as the main suspect, leading that eyewitness to encourage his friends to identify Carrillo.

NCIP, working with law firm Morrison & Foerster and volunteer attorney Ellen Eggers, also convinced the court to go to the scene of the crime to reenact the shooting as described by the witnesses, which demonstrated that it was physically impossible for the witnesses to have seen the perpetrator’s face.

On March 14, 2011, the Los Angeles County Superior Court reversed Carrillo’s conviction for Sarpy’s murder and ordered Carrillo’s release from over two decades of imprisonment. The conviction was overturned after the six eyewitnesses all admitted that they did not really see anything and had been influenced to identify Carrillo. In addition, two other men confessed to the shooting and said that Carrillo was not involved.

Upon his release, Carrillo filed a claim for compensation from the state of California, and in 2014, he was awarded $683,300. Mr. Carrillo also filed a federal civil rights lawsuit seeking damages from the city of Los Angeles and was awarded $10.1 million in a settlement with the city.

Carrillo graduated from Loyola Marymount University in May 2016