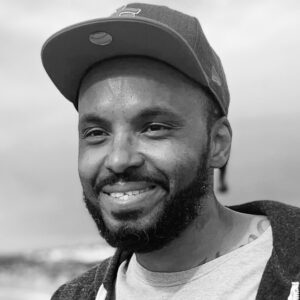 On January 20, 2022, Kevin Harper Jr. was ordered to be released this week after 13 years of wrongful incarceration for the tragic death of his 6-month-old son based solely on medical evidence that has been significantly criticized within the medical community as unreliable. Harper has always maintained his innocence and along with the law firms of Cooley LLP and Latham & Watkins LLP, the Northern California Innocence Project (NCIP) actively worked to bring him home.

During his wrongful incarceration, Harper participated in and facilitated numerous life improvement courses, organized various fundraisers, earned his Associate’s Degree in Business, and worked in numerous jobs assigned to trusted inmates. He looks ahead to be reunited with his close-knit family, including his teenage daughter, mother, and grandmother. Although his transition out of prison will be challenging, Harper’s strong support system will provide him stable housing, job prospects, and the emotional encouragement he needs to live a hopeful life.

Patrick Gibbs, Partner with Cooley LLP said, “The Latham and Cooley firms are grateful for the opportunity to partner with one another and with NCIP on this case. We appreciate the Sacramento District Attorney’s Office’s commitment to re-reviewing Kevin’s case and for petitioning for Kevin’s resentencing and release, restoring his freedom after 13 years so he can return home. A very recent change in California law (AB 1540) made this possible, and the Court correctly applied the new law.”

Harper’s son, J.H. was born 13 weeks prematurely and suffered from numerous medical conditions as a result. After an extended stay in the neonatal intensive care unit (NICU), J.H.  came home and continued to suffer from many medical issues with frequent visits to the doctor and some to the emergency room.

In the early morning hours of August 21, 2008, while in Harper’s care, J.H. had a medical emergency and stopped breathing. Unable to connect with a 9-1-1 operator, Harper rushed his son to the emergency room where hospital staff was able to restart J.H. ’s heart. But tragically, J.H. was deprived of oxygen for too long and suffered irreparable brain damage. J.H. died on August 23, 2008.

Based solely on the evidence of a bleed under the thin membrane surrounding his brain (subdural hematoma), brain swelling (edema), and bleeding in his eyes (retinal hemorrhaging) – findings known as the “triad” – the doctors diagnosed J.H. with “shaken baby syndrome” SBS (later renamed Abusive Head Trauma or AHT), which meant they suspected that J.H. had been abused, although they could not identify any external injuries pointing to abuse. Despite evidence that Harper was always gentle and patient with J.H., and someone who could easily calm his son, Harper was prosecuted and convicted of causing his son’s death and sentenced to 25 to life in prison.

At his sentencing, Harper said, “I understand that I have been convicted of the charges before me, but still believe in my heart that I did nothing wrong. I loved my son and being a father very much. Our loss has hurt me…in a way that I can’t begin to explain. And I know if there was anything that I could have done or said that could have helped save my son’s life, regardless of how the outcome would have affected me, I would have done it.”

The work of NCIP and of innocence organizations throughout the country has exposed the leading causes of wrongful convictions, including the misuse of an SBS/AHT diagnosis to prove abuse. Through the thorough investigation of this case, NCIP, Cooley, and Latham & Watkins learned from a medical expert who reviewed J.H.’s medical records that there were alternative medical explanations for J.H.’s death, none of which were presented at Harper’s trial because a radiologist, an expert in the review of radiological scans which provided the most critical medical evidence in this case, never testified.

Melissa O’Connell, NCIP’s attorney on this case, said, “Kevin and [J.H.]’s mother and their families suffered unimaginable loss and pain. Kevin’s wrongful conviction added another level of tragedy. This case was medically complex and there is concrete evidence that the SBS/AHT diagnosis is unreliable, but when suspected, alternative causes of a baby’s death are often missed or ignored. Tragically, that appears to be what happened here.”

The SBS/AHT diagnosis started as a hypothesis by Dr. Norman Guthkelch in the early 1970s as an inquiry for doctors to consider when a child presented with no external injuries but suffered bleeding in their brain. Decades later, Dr. Guthkelch expressed concern that his profession was using a hypothesis as a legal basis for incarcerating parents, emphasizing that “getting it right” required doctors to distinguish between hypotheses and knowledge. Dr. Guthkelch explained that “SBS and AHT are hypotheses that have been advanced to explain findings that are not yet fully understood.”