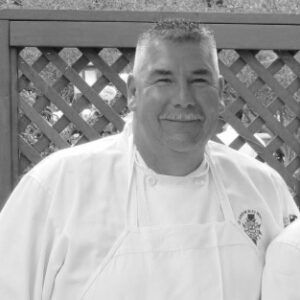 Martin Laiwa spent more than 15 years in prison for a murder he did not commit. On August 15, 1992, Joe Poe was shot to death in Laiwa’s home on the Pomo Indian Reservation. Five other men were present that morning, having spent the night together drinking and partying. Laiwa always maintained he was not in the room when the shooting occurred. Laiwa reported to police that he ran into the room when he heard the shot and saw David Bechtol holding the gun.

An investigating police officer testified at Laiwa’s trial that Laiwa had confessed to the murder. A tape recording of the interrogation demonstrated no confession – just Laiwa’s anguish that the shooting had occurred at his home. The officer claimed that the confession had taken place during a brief moment when the recorder had been turned off, yet when the recorder was turned back on, there was no reference to the alleged confession.

Two of the men present the night of the shooting, including Bechtol, testified that Laiwa was the shooter. Laiwa was convicted and sentenced to 15 years to life.

NCIP attorneys, students and investigators began researching Laiwa’s case shortly after NCIP opened its door in 2001. Through countless hours of investigation, NCIP spoke with dozens of people who had close ties to the reservation community. Many of them told NCIP that Bechtol had bragged to them that he had committed the shooting. All were too afraid of Bechtol, who they knew had killed other people, to testify on behalf of Laiwa.

As it became apparent that the witnesses who could help demonstrate Laiwa’s innocence were too frightened to do so publicly, NCIP, working with law firm McDermott Will & Emery, decided to represent Laiwa in parole proceedings. Laiwa had been a model inmate and maintained a discipline-free record throughout his incarceration. Laiwa completed every educational course available to him in prison. He then began to teach other inmates.

In 2007, the Board of Prison Terms granted Laiwa parole. Upon his release, Laiwa continued to pursue his education and attended culinary classes and now works as a chef.

Exoneree Quote:
“I have to give my respects to NCIP and to all of their hard work and efforts that eventually gave me back my freedom in 2009. I have never forgotten any of the many law students and attorneys who spent many hours of time andresources to regain my freedom… Thanks to all who made my freedom and second chance at life possible.”