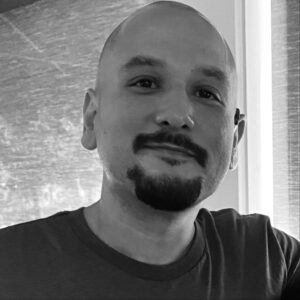 Juan Bautista, a 31-year-old man who was wrongfully incarcerated for 12 years for a 2009 Lodi shooting he did not commit, had his conviction reversed and all charges dismissed on June 24th, 2021. The Northern California Innocence Project (NCIP), Covington & Burling LLP, and Sidley Austin LLP teamed up to present newly discovered evidence and secure his freedom.

Bautista was 19 years old in 2009 when he was arrested for misdemeanor trespass at an apartment complex in Lodi. A shooting had occurred during a party at the same location 24 hours earlier. Based on what his attorneys believe was his coincidental misdemeanor arrest, Bautista’s photo was included in a photo lineup shown to seven witnesses of the shooting. No physical evidence connected him to the crime and only two of the witnesses identified him from the photo lineup. He was convicted of attempted murder and sentenced to 40 years to life. Weeks after his sentencing, Bautista’s brother, who is a near-twin in appearance, confessed that he was the actual perpetrator of the shooting. In June 2012, Bautista filed a writ of habeas corpus in San Joaquin County Superior Court based on the brother’s confession. The Court denied Bautista’s petition, citing the suspicious timing of the brother’s confession soon after Bautista was convicted and the lack of corroboration of the confession. Bautista’s wrongful conviction spotlights problems with over-reliance on eyewitness identification, which has emerged as a key factor in wrongful convictions. All too often, as is believed to have happened here, witnesses focus on the weapon rather than the perpetrator’s face and have poor ability to identify suspects across races.  The assistance of Bautista’s previous criminal defense attorneys was invaluable to NCIP’s investigation of the case.

Dorothy Mead, the trial attorney, asked for NCIP’s assistance with the case immediately after his wrongful conviction. The appellate attorney, Jeffrey Kross, provided NCIP a copy of the brother’s taped confession and told NCIP that he had kept the tape on his desk for years in hope that, “someday, someone would want to use the tape to help Mr. Bautista.”

With help of such evidence and assistance, investigators from Sidley Austin, Covington, and NCIP were able to unearth credible and material exculpatory evidence including the statement and testimony of a female friend of the brother who witnessed the brother commit the shooting at the party and the fact that witnesses were never shown a photo of the brother during the investigation. Based primarily on this witness’s testimony, the San Joaquin Superior Court and District Attorney’s Office agreed that the newly discovered evidence met the requirements for post-conviction reversal because it was “credible, material, … and of such decisive force and value that it would have more likely than not changed the outcome of the trial.” The Court determined that had the jury heard this newly discovered evidence in the course of Juan’s trial, it was more likely than not that at least one juror would have had a reasonable doubt as to Juan Bautista’s guilt. While incarcerated, Juan Bautista completed his GED and began pursuing a degree in psychology. He has a wife and young daughter and an extended family waiting to support him as he adjusts to his new life outside of prison.

In May 2022, Bautista was awarded compensation by the CA Victim Compensation Board.