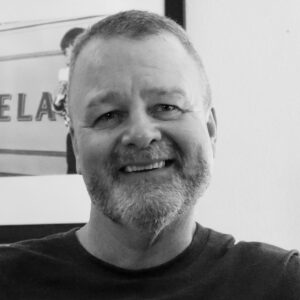 On July 7, 1985, 55-year old Jane Hylton was found murdered in a home in El Dorado Hills, CA. The home belonged to Hylton’s employer Wilma Klein and was occupied by Klein’s grown daughter, Maureen, Klein’s grandson, 20-year-old Ricky Davis, his then girlfriend 19-year-old Connie Dahl, the victim, and the victim’s 13-year-old daughter. One day prior to the murder, Hylton, moved into the Klein home because Hylton was having problems with her husband and wanted to move out.  Klein welcomed Hylton and her daughter to live in the home.

In the early morning hours of July 7, 1985, the El Dorado County Sheriff’s Department responded to a 911 call reporting a homicide from the Klein home. When deputies arrived, Davis, Dahl, and Hylton’s daughter were all present, and Davis directed deputies to Hylton’s body in the upstairs master bedroom.

Davis and Dahl told detectives they had gone to a party the night before and returned home at 3:30 a.m. where they found Hylton’s daughter waiting outside. She told them that she had gone out with a group of boys that night and was afraid her mother would be upset with her for being out too late. The three entered the house together.  Davis saw blood in the hallway outside the master bedroom and found Hylton’s body on the bed. Davis and Dahl immediately called 911 to report the crime.

All three maintained they were not involved in the murder and did not know who committed the crime. Hylton’s husband was questioned and he denied any involvement, and was later cleared as a suspect. With no further leads in the case, the investigation into Hylton’s murder went cold.

Fourteen years later, in November 1999, cold case detectives reopened the case and sought out Dahl for questioning. The detectives interrogated Dahl four times over the next eighteen months using techniques known to increase the chances of false confessions. Dahl ultimately changed her story for police and implicated Davis as the killer. She also implicated herself in the crime, telling the police that she bit the victim during the attack. Dahl also maintained that Hylton’s daughter helped her and Davis move Hylton’s body.

Based almost entirely on Dahl’s testimony, Davis was convicted of second-degree murder in August of 2005 and sentenced to 16 years to life in state prison.  Dahl received only one year in county jail for her alleged involvement in the crime. Davis always maintained his innocence.

Davis first contacted NCIP in 2006 and we began a thorough re-investigation of the case.

With the cooperation of the El Dorado County District Attorney’s office, NCIP obtained post-conviction DNA testing on a number of pieces of evidence at the crime scene, including Hylton’s nightgown and biological material from under Hylton’s fingernails. DNA test results revealed an unknown male DNA profile on the nightgown in the area of the bite mark and a consistent male DNA profile under the victim’s fingernails.  The test results excluded Davis, Dahl and Hylton’s daughter as the sources of the DNA.  The unknown male DNA profile found on the nightgown indicated that Dahl did not bite the victim, contrary to her testimony at trial.

With this new evidence, NCIP filed a petition for writ of habeas corpus in the El Dorado County Superior Court on Davis’ behalf in October of 2016. In January of 2017, the court issued an order to show cause and an evidentiary hearing was ordered for mid- 2018. NCIP successfully argued that had the original jury heard the DNA results, it would have likely reached a different outcome. It was a key moment because until January 2017, the California standard required that new evidence “point unerringly to innocence”— then the highest hurdle in the country and a nearly unattainable standard. In 2016, NCIP co-sponsored Senate Bill 1134 championed by former California State Senator Mark Leno, to put California’s standard in line with that of 43 other states. The Bill, which passed in January 2017, allowed wrongfully convicted inmates  like Davis to instead prove that the new evidence would likely have been compelling to a jury.

On February 13, 2020, the El Dorado County District Attorney Vern Pierson called a press conference to announce major developments in Davis’ case. Prior to the press conference, Pierson filed a motion to dismiss all charges against Davis and ask for a finding of factual innocence. El Dorado County Superior Court Judge Kenneth Melikian granted the request.

At the press conference, Pierson announced that the El Dorado County District Attorney’s Office and law enforcement partnered with the Sacramento County Crime Lab to do extensive reinvestigation of the case and used genetic genealogy to identify a new suspect and exonerate Davis. Pierson said, “I can tell you with all confidence, he (Davis) did not commit this crime. He is not responsible for it. I’m not telling you we can’t prove it, I’m telling you he didn’t do it.”

Later that day, Davis was released from custody.